ARSAMES II KING OF SOPHENE RARE HORSE REVERSE COINS
These horse coins are quite rare with the first one coming public in 2013. It is believed that 6 are now known.

From Erebuni History:
The horse (which can fairly be considered as one of the wonders of nature), was widespread in the Mountainous Armenia from time immemorial and has had its unique, indispensable role in the life of the Armenians, especially in warfare (even 4th millenium BC fossils indicate it). It’s impossible to talk about the ancient times without mentioning Armenian Ayrudzy (here we consider it adequate to guide you through the etymology of the word Ayrudzy. It was the name for the ancient Armenian cavalry. Ayr in Middle Armenian meant man, while dzy stood for a horse).
The Ayrudzy was a mighty weapon in the hands of Armenian monarchs. During the reign of kings Arshak II and Pap (350-371), the Armenian Ayrudzy had 120,000 horses!!! The riding schools of the plains in Van and Varaga Mountains enjoyed great fame. Xenophon (430-355 BC) testifies to the large scale of horse breeding in Armenia.
In Anabasis he writes that horses were bred in Armenia for the Persian King, and that “the horses here (in Armenia) are a bit smaller than those in Persia but they are much more spirited (feisty). While according to Strabon (I century BC), the ruler of Armenia used to send 20,000 foals annually to Persia.

Arsames II ruled the Armenian kingdom of Sophene around 230 BC. He was believed to be the son of Arsames I who ruled about 240 BC. He was likely the grandson of Sames. One of the Arsames kings founded the cities of Arsamosata and Arsameia (modern Eski Kale It is believed that the city of Samasota, founded by the Armenian Commagene king Sames ( see coin image on home page) is under water due to a modern Turkish dam.

Arsamosata (Արշամշատ, Arshamshat) was a city in Armenian Sophene near the Euphrates. It was founded by King Arsames I of the Orontid Dynasty in the 3rd century BC. Polybius provides our earliest extant evidence for Arsamosata in western Armenia (Sophene). According to him Antiochos III encamped before Armosata, which was located near the “Fair Plain,” between the Euphrates and the Tigris. Polybius also says that Xerxes was the king of the city. Pliny said it was one of the important cities of Greater Armenia, and Tacitus described it as a fortress. Ptolomy said it was located in the region between the Euphrates and the Tigris. In the Middle Ages it was called Ashmushat. The city has been identified with the modern Kharput (Elazığ). T. A. Sinclair has located Arsamosata at the site of Haraba near Kharput. Much of that site now lies submerged under the waters due to the construction of the Keban Dam. 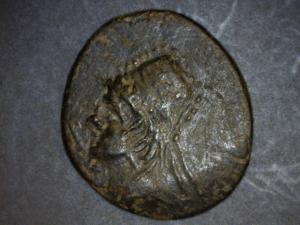 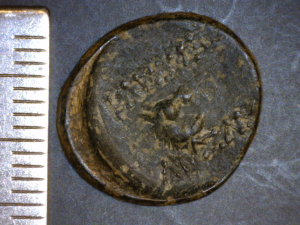 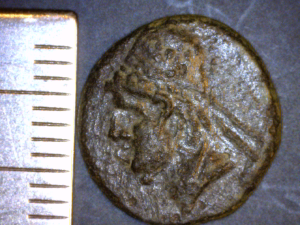 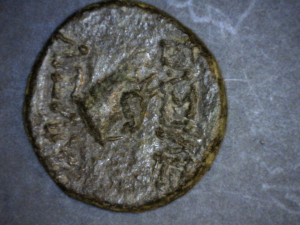 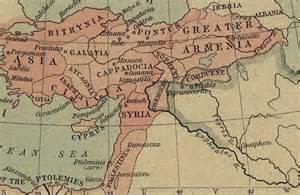 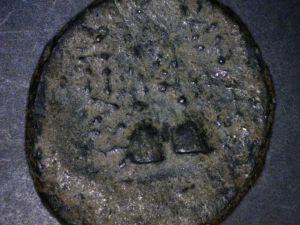 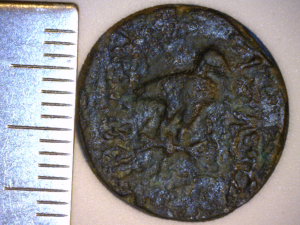 these are the reverse dies known for Arsames II: eagle rev of Arsames II, caps of Discouri, Nude man or warrior reverse and not shown, king on horse in battle. 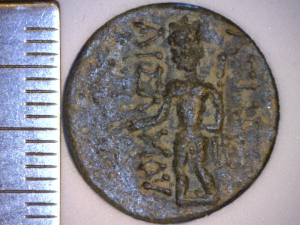